"Literature has neglected the old and their emotions. The novelists never told us that in love, as in other matters, the young are just beginners and that the art of loving matures with age and experience."~ Isaac Bashevis Singer 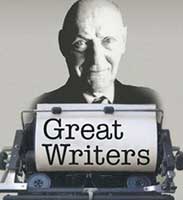 Nonetheless, it is also true that the serious writer of our time must be deeply concerned about the problems of his generation.

I felt in myself creative powers. They stormed in me together with the lust for love and sex.

Ideas attacked me like locusts, emotions stormed within me when I was awake and while I slept. I had only one way to express all of that: with my pen, with my Yiddish language.

When you betray somebody else, you also betray yourself.

When I was a little boy, they called me a liar, but now that I am grown up, they call me a writer.

What nature delivers to us is never stale. Because what nature creates has eternity in it.

We must believe in free will. We have no other choice.

We know what a person thinks not when he tells us what he thinks, but by his actions.

There is great treasure there behind our skull and this is true about all of us. This little treasure has great, great powers, and I would say we only have learnt a very, very small part of what it can do.

The wastebasket is a writer's best friend.

The very essence of literature is the war between emotion and intellect, between life and death. When literature becomes too intellectual... when it begins to ignore the passions, the motions... it becomes sterile, silly, and actually without substance.

Sometimes love is stronger than a man's convictions.

The storyteller of our time, as in any other time, must be an entertainer of the spirit in the full sense of the word, not just a preacher of social and political ideals.

God gave us so many emotions and such strong ones. Every human being, even if he is an idiot, is a millionaire in emotions.

The intellectual Jew is so restless that he is almost everything simultaneously.

I would say a great part of human history is a history of self-betrayal and betrayal of others.