"Nothing happens unless first a dream. " ~ Carl Sandburg

With a working-class background, he modestly described his creations as "simple poems...which continue to have an appeal for simple people."

Strongly influenced by Walt Whitman, Sandburg described poetry as "the opening and closing of a door, leaving those who look through to guess about what is seen during a moment." 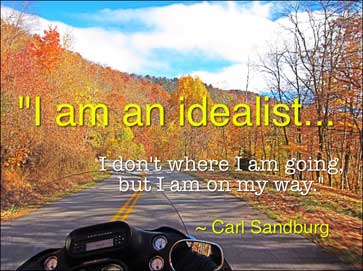