"I think laughter may be a form of courage… As humans we sometimes stand tall and look into the sun and laugh, and I think we are never more brave than when we do that. ~ Linda Ellerbee 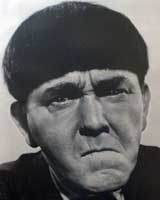 Dr. Norman Cousins, in his book Anatomy of an Illness (1981), described how watching Marx Brother movies helped him recover from life-threatening tissue disease.

"Is it possible," he wondered, "that love, hope, faith, laughter, confidence, and the will to live have therapeutic value?"

Cousins made it a point to enjoy a hearty belly laugh several times a day. A few minutes of laughter gave him an hour or more of pain-free sleep.

According to writer Arnold Glasgow, "Laughter is a tranquilizer with no side effects."

In an ABC television interview, Professor Lee Berk, who has studied laughter and medicine for the past 18 years, explained that laughter increased the Natural Killer Cell activity, the cells that destroy viruses and tumors. Laughter also increased a disease-fighting protein, B-cells, the source of a disease-destroying antibody, and T-cells which help cellular immune response.

Hearty laughter also exercises the lungs and circulatory system and increases the amount of oxygen in the blood. "He who laughs," said Mary Pettibone Poole, "lasts."

C'mon. Laugh and be happy. You can do it! Scientist Boris Sokoloff explained, "Like swimming, riding, writing, or playing golf, happiness can be learned."